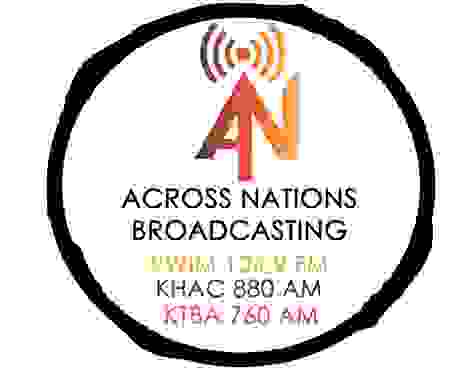 ACROSS NATIONS Radio is a network of radio stations serving the Navajo - Hopi and Zuni Nations.

We are equipping people to exalt Jesus, encounter His goodness, and extend His Kingdom - ACROSS NATIONS!

We are a bi-lingual Radio Network

Our radio stations offer commercial advertising which can be a huge boost to your business or project!

The History of Our Network

Across Nations (formerly Western Indian Ministries)  began in 1937 with the efforts of Rev. Howard A. Clark, Sr., and a group of dedicated Navajo Christians: Jake Morgan, Tseehee Notah, Daniel Taylor, etc.  who saw the need for assisting and providing quality community and faith-based programs to encourage and equip Navajo leaders, provide community service programs, and raise a Native Christian Church.

These vision driven people purchased land in Tse Bonito, NM,  in 1945 – They began producing a very popular radio program in Navajo on KGAK radio station in Gallup, New Mexico, which expanded to stations in Flagstaff, Holbrook, and Winslow, Arizona.

Sign up to hear from us about upcoming shows and events.

Do you have questions or comments about our programming? Do you have an idea for a story or style that we should include? Send us a message, and we will get back to you soon.

Copyright © 2021 across nations  - All Rights Reserved.